Are we entering a new data-rich age for rugby? | KHWS
Sport

As weekends are once again filled with rugby, it’s worth taking a look how the sport is embracing the trend of wearable technology. You may have noticed that almost all the players in this year’s Six Nations have got small square boxes built into the back of their rugby shirts. These are high-tech pieces of kit which allow physical data of the players to be viewed in real-time by the team management and enable them to analyse all aspects of their players’ game.

The device contains a GPS tracker and can show what a player’s average speed is, when their intensity starts to drop, who is performing above or below their usual level; and there is more coming in the form of saliva sensors to measure blood-sugar levels and even heart-rate sensors and concussion monitors which can identify potential problems on the pitch.

All of this can help the team management make informed decisions about when to substitute players based on their physical condition. They can also help players to identify and then avoid, limit and recover quicker from injuries by moderating their training patterns. They can even measure deceleration rates and g-forces to indicate the impact of collisions on a player’s body throughout the match. Professional rugby players are under such physical pressure – bigger players, higher impact tackles, increased head wounds and a quicker paced game – this information is vital to the success of the team, and for the safety of the players.

It’s great to see rugby as a sport being early-adopters of the technology, the RFU even actively encourages its use. In football, by contrast, the Premiership forbids the use of GPS tracking, despite high profile incidents on the pitch such as Fabrice Muamba’s collapse in 2012. Although some football clubs are using the technology on the training ground, it does not have the same instantaneous benefits as it does when players are wearing the trackers in a match. In the same way as it was late to adopt goal-line technology, I can’t help but feel that it’s late to this party too. 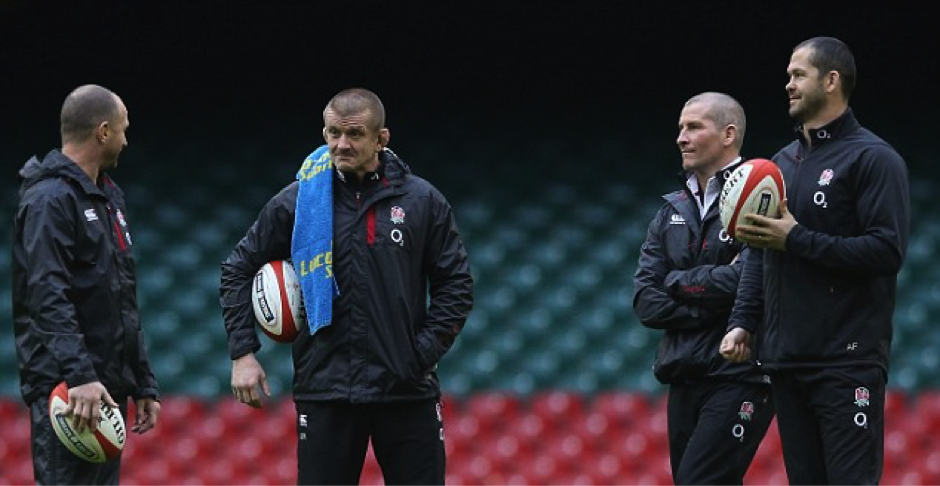 So where is this all heading?

I think that much of the data that is currently available and used by teams now, will become available to the viewer in years to come. It will become a part of the way rugby fans enjoy the sport. The way we watch sport has already been analytical for many years – before a match we look at how teams stack up against each other, recent head-to-heads, historic scores, current form of the team (and of the individuals), pack weights, player’s caps, tries per game, the list goes on. All of this information is available at the fingertips of broadcasters through huge databases of rugby stats. They use this wealth of knowledge to colour the game by providing a rich background which enhances the visual experience for fans. In my mind there is no doubt that this brings us closer to the game, closer to the teams we support and helps us to engage our emotional connection with the sport, especially in a competitions such as the historic Six Nations which can mean so much.

So, in the same way we see car engine data during an F1 race to show the performance of the cars, I think the new data available will enable us to see the physical performance of the players. Even just last weekend, Ex-England manager, Clive Woodward was analysing the percentages of how often individual players are substituted because of their physical condition, if he had all of this additional physical data at his disposal, he could tell us so much more to bring the story to life.

Sports teams are also investing more heavily in analytics teams so they can improve their success – in football, Arsenal have cameras installed around its stadium to track every player and their interactions. The same software is installed in over 12,000 stadiums worldwide so in future, players and coaches will be able to select ‘completed passes by Lionel Messi’ and view them all to identify patterns. With this available to broadcasters, they will again be able to enhance the viewers’ enjoyment of the sport.

Watching rugby has and will continue to become an increasingly data-driven experience, with statistics and graphics to increase our engagement and give closer involvement, insight and ultimately more enjoyment to a game we already love.

It won’t take long before brands and marketers begin to tap into the live data and use it for promotions and campaigns to engage with their customers.

So far broadcasters and TV brands appear to be leading the way here. Samsung are already looking to engage sports audiences more deeply with the newly available data. They’re working with major sports and broadcasters to push Samsung Sports Live. The technology enables viewers to interact with their TV during live sport to access stats they’re interested in.

Opta, the self-proclaimed ‘world’s leading sports data company’, recognise the growing trend for using live data and work to make it available via live API feeds. They already routinely partner with a number of the major broadcasters/publishers, many sports teams and a handful of betting firms. Some other noticeable brands they are working with include Nike, Adidas, Umbro, Investec, Gatorade and Castrol. The data helps brands to engage with fans on an emotional level even more through the sports they love which ultimately can create likeability of their brand to drive up sales. It is certainly a trend in sports activation to keep an eye on in the near future.