Since the early stages of my digital career, I have always had an appetite for data analytics. In the absence of analytics, you are simply operating in the dark, with Don Draper style decision making based largely on gut feeling or previous experience, this is what sets digital apart from all other marketing disciplines.

I can remember sitting in countless ‘future trend seminars, webinars, networking events or ‘[insert company name]’s 2012 (13, 14) big digital predictions’. The one common theme which ran throughout each was the ‘rise of big data’. In the earlier presentations, big data was usually given the most emphasis from all of the predictions. The pitch was, that it was going to be the next big thing in digital and every client, agency and brand would need to gear up and recruit to be able to make use of all the data that was suddenly at their fingertips, superb!

Big data is using two arrows instead of one. Although, I feel like the arrows should have been bigger to get the bigness of big data across.

My point is this, 2012 was obviously the year big data became real everyday marketing jargon, almost the equivalent of pulling out “aligned” at the start of a status call, or the granddaddy of business speak nouns, ‘leverage’. You get my gist. The problem I had was that I saw the same prediction year on year, with very little change? My point is highlighted below:

2014: “Big data was seen as one of the biggest buzzwords of 2013, when companies often used the term inappropriately and in the wrong context. This year, people will finally understand what it means”, The Guardian.

This is just a selection of statements available. In hindsight, it is much easier to look back at those early predictions in a much less matter of fact way by simply considering the whole process as a data revolution. Yes, big data really kicked off in 2012, but we failed to predict the length of time it would take for companies to be able to adopt the infrastructure needed, together with having capacity to deal with this data. I’m not saying some brands didn’t already have the data to hand, it was simply inaccessible in disjointed silos. Stuff like this just simply does not happen overnight! I believe a combination of naivety and not wanting to miss out on a big trend prediction has meant that these predictions are only starting to come to life, we are now starting to understand how we can work the different types of big data available to us:

1. Prescriptive – This type of analysis divulges what actions should be taken. This is the most esteemed kind of analysis and usually results in rules and recommendations for next steps.

2. Predictive – An analysis of likely scenarios of what might happen. The deliverables are usually a predictive forecast.

3. Diagnostic – A look at past performance to conclude what happened and why. The result of the analysis is often an analytic dashboard.

4. Descriptive – What is happening now based on incoming data. To mine the analytics, you typically use a real-time dashboard and/or email reports.

Although I have gone into some detail around the slow industry uptake in big data, the main use is diagnostic analysis of data and there are large numbers of examples of this, unfortunately, this is not the area of big data with the most potential. We have actually seen a small number of excellent predictive, prescriptive and descriptive examples of the use of big data in marketing from some early adopters.

One fantastic instance of real life prescriptive & descriptive big data, marketing and personalisation coming together, is our very own Travel for London. Using big data to construct a highly sophisticated automated CRM process. The role of the TFL is to keep London moving, The sheer scale of data available with the millions of Oyster card journeys made each day makes for the perfect opportunity to intelligently interpret and dissect the numbers to do just that. Of course, a registered Oyster card brings with it a customer email which allows for that direct contact. TFL records the specific bus or tube route that an oyster user takes frequently, through tapping in and out at stations/bus stops. Therefore, disruption alerts, updates or planned closures are then able to be communicated to the users of these routes. The key aspect of this amount of data is to ensure that the TFL are only contacting customers with relevant and timely information, not every person who has ever taken a certain journey!

TFL didn’t stop there, for example, during the Olympic games they made great use of predictive big data. The data given to them by the Olympic committee on venue ticket sales was then overlaid with the usual number of customers that were seen at any particular line or station during normal service times at the proposed event start time. When this was then overlaid with the capacity of the station in question, it allowed TFL to predict how busy a station would be and therefore customer waiting times. From this, they developed highly targeted messages on a day to day, hour by hour, line by line and station by station basis to enhance the customer experience.

A more specific way of working in digital which has grown out of the big data idea, is advertising’s new addiction, programmatic advertising. It is usually focused and associated with digital display advertising, but do not be surprised to see the rise of programmatic in more traditional above the line media (specifically TV) in the near future. It advances standard retargeting by collating exact data generated from mobile GPS, social network’s actual purchasing behavior, previous sites visited etc. to generate a user profile. This promises to bind up dispersed data from disconnected silos and with a little application of Boolean logic, allows real time bidding or fixed price reserved placements on automated display advertisements dependent on the user profile. Very basic example: show advertisement 3 to active customers who have NOT bought in the last 60 days AND like sports brands Nike/Adidas on Facebook at maximum CPM of £1.80.

Rather than the usual human negotiation and manual insertions for a media supplier, it uses software to purchase ad placements in real time whether on a bidding process or fixed price, all whilst your browser loads the page. Programmatic is not without its critics, but with considerable buy in from most media agencies and some only sourcing media suppliers for clients with programmatic capability, it’s an area of big data which we can expect to dominate digital media for the foreseeable future. eMarketer forecasts programmatic to account for 70% of digital advertising spend in 2016, whether it be real time buying or direct.

Three years on, big data is now a real topic, not just in the industry, but has become useful in everyday life. In the automotive industry, we are starting to see cars that use up to 25GB of data each day, yes 25GB of data! Crazy right? The idea is to collect data to understand driving behavior around time of day and weather specifics, which in turn helps to reduce accidents, wear and tear and help lower maintenance costs. 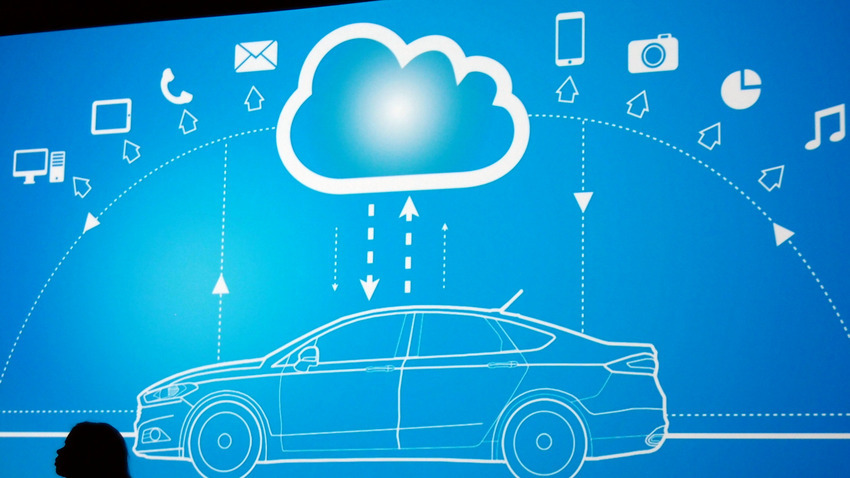 I could write pages and pages scrutinizing the industry and its examples of big data, but rather than bore you with that, my point is simply that the uptake of brands making use of the data available to them is yet to boom. I whole heartedly believe that every one of the senior industry experts that presented to me really believed that that particular year would be the year of big data. In reality, most brands do not have the infrastructure to join up each silo, they may have some data, they may be able to interpret this to make some informed decisions, but I don’t think we have seen or will see big data unravel its fullest potential in the next year or two. Until brands understand that big data means all of your data and invest financially in making sure this data is accessible in one place, we will continue to see good examples of big data, without it being a standardised industry used tool. Companies like Netflix and Amazon are really nailing this, but with only 15% of fortune 500 companies using big data, expect it to still be in the early stages! 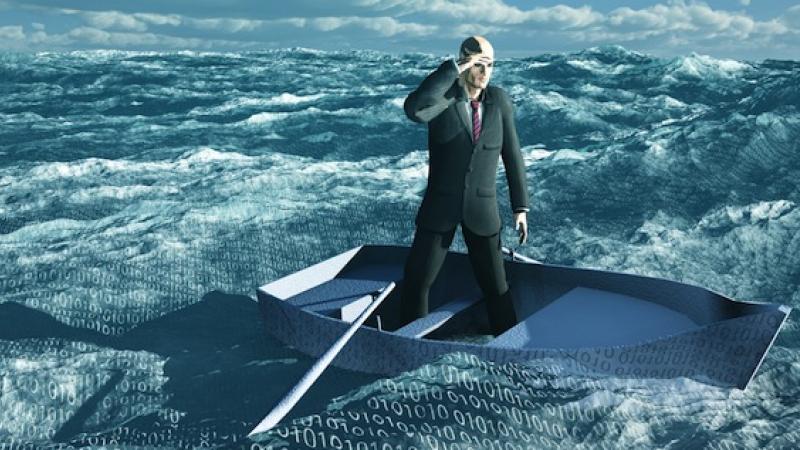 That leads me to profoundly predict that 2018 will be the year for big data…..