KHWS Blog: How has Black Friday influenced (e)commerce in the UK?
Retail

It may be a fairly recent addition to the British winter calendar, but Black Friday is a shopping institution that has been established in the US since the 1950s, and has been firmly embraced by UK shoppers in the past four years. No longer just a day event, Black Friday has become a week long phenomenon and in some cases, a whole month. So what are the opportunities for retailers to stand out amidst the frenzy of offers?

The origins of Black Friday
Black Friday is a tradition that originated in the United States, marking the day after Thanksgiving (often a public holiday), and since 1952 has been regarded as the first day of the Christmas shopping season.

Black Friday began with many major retailers (and now several smaller ones) opening their doors for trade earlier than usual and in addition, offering promotions and deals on vast quantities of products, with the intention of driving a large number of sales by close of business. The attractive offers and exclusive promotions now often result in customers queuing for hours (or physically fighting off other shopper) to get their hands on heavily discounted items – but at 75% off, who wouldn’t want a second microwave?

The importance for retailers (both online and high-street)?
It could be said that Black Friday (and now Cyber Monday – the online equivalent) are promotional gimmicks manufactured to promote sales figures or attract more online traffic and in-store footfall. Indeed, consumer group Which? recently warned shoppers to be wary of Black Friday deals that may not be offering all that they seem.

In previous years some major retailers and brands have resisted discounting products perhaps due to a fear of sacrificing hard-earned brand equity. But with the prospect of losing out on sales to competitors most major retailers now tend to take part in some way or another.
Since Black Friday reached national popularity in 2013/4, UK sales growth hit a record 13% – according to MasterCard – as the ‘you snooze you loose’ attitude took hold of the population and the streets were flooded with potential customers waving cash around trying to find the nearest deal.

However, the excitement of going to the high street to bargain hunt has started to wither, this being apparent as Black Friday nationwide footfall was significantly down in 2016 (source: Ipsos), despite more awareness of the event and better-prepared retailers communicating deals earlier and across various marketing channels.

Social media marketing opportunities for retailers
With experts predicting that over £10 billion will be spent during this ‘Black Friday week’ in the UK alone, how can retailers and brands target their marketing to stand out in this chaotic discounted marketplace? 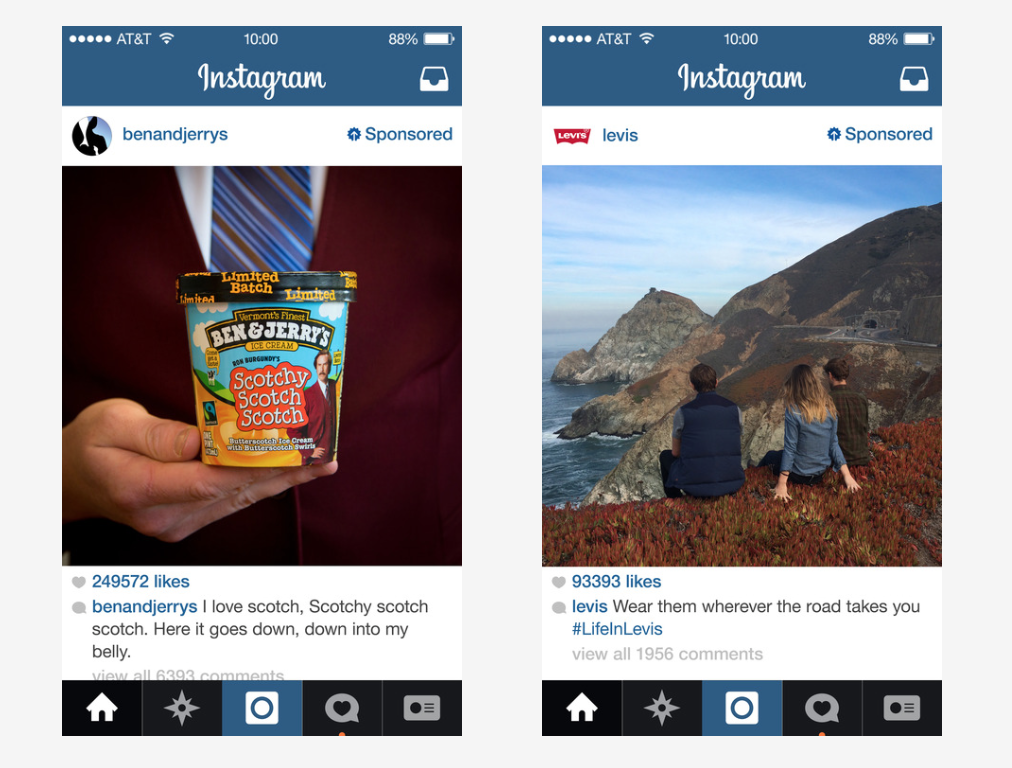 Many online retailers have adopted social commerce to direct their brand messaging through social media platforms, using the ripple effect of Facebook whispers to drive sales pitches directly to the screens of millions of prospective buyers. As many as 40% of Brits say that they plan to shop online rather than face the crowded high streets and shopping malls tomorrow. The broad appeal being that these buyers can simply click’n’ buy, then eagerly await the delivery of their new shoes rather than face the retail battlefield of Black Friday high streets.

Whether it be buy buttons on Facebook, direct response formats on Instagram or shopping ads on YouTube, retailers can tailor their sales techniques through a number of social channels. Besides, with the majority of online Black Friday shoppers aged 16-34 there’s even more reason to employ targeted social advertising to reach your audience.

But that too is a crowded arena and brands wanting to move towards a more social sales horizon need to be increasingly creative with how they target consumers, and how they make that purchase journey more appealing – be that online or on the high street.

By Martin Lyons 23.11.17
Share via LinkedIn Share via Twitter
Archive
PreviousGDPR: What is it and how will this impact marketers?
NextPowerful tools in the wrong hands?