If Carlsberg did the Euros... | KHWS
Sport

The Euros is a great time for brands to capitalize on their sponsorship deals. For the 2016 Euros there are 10 official sponsors:

This represents a great opportunity for all of these brands to increase their visibility, and so far it seems to me that Carlsberg are leading the way. As the Official Beer of the UEFA EURO 2016, their marketing communications are aimed towards changing their brand association with ‘lad culture’. They seem keen to evolve their brand to one that is ‘intelligent, clever and appealing to the widest audience, showing the importance of female drinkers.’ Here’s a few ways that they’re going about this:

If Carlsberg did man of the match….

To increase interaction with the brand during the matches Carlsberg will be giving football fans the opportunity to vote for their ‘Carlsberg Man of the Match’ award in all 51 games. There’s also a massive variety of prizes to win, appealing to a wide audience; from meet and greet with various players, to free ticket giveaways and other prizes. All of this has the primary aim of increasing brand awareness and encouraging a broader audience to interact with the brand.

If Carlsberg did substitutions…. Your seat for the Euros!

In April, Chris Kamara got ‘disguised up’ as an elderly gentleman and went ‘riding’ around London Underground. The idea? To secretly film acts of kindness (in this incidence people giving up their seats on the Tube) and reward these kind souls with free tickets to the Euros. Not only did this produce a great piece of viral content, but it also ties in perfectly with Carlsberg’s brand image overhaul by rewarding politeness.

It just goes to show that manners can get you a long way…all the way to France in this case!

It is refreshing to see an alcohol brand positioning themselves in this way. It will be interesting to see how this follows suit in the future. Maybe we will be seeing more refined ladies and gentlemen drinking Carlsberg in 3 months’ time… 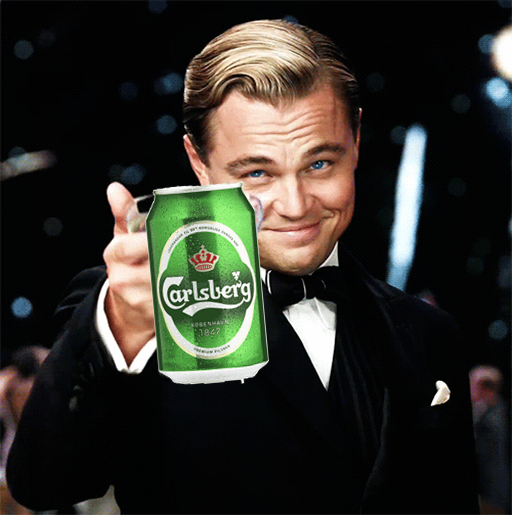