I’m going to start with an apology. Pokémon Go is already old news, it’s been done before, covered by everyone from the BBC to Buzzfeed – a cliché and it’s only been around for three weeks. All, except the most fervent Pokémon trainers will have already started to skip over the latest Pokémon Go story on their news feed. Its success however is no fluke and it will become a blueprint for other companies and brands to follow.

Three weeks! It’s only been around for three weeks – or has it? Pokémon Go (previously Pokémon Challenge) started life as a collaborative April Fool’s joke run by Google & Nintendo in 2014 offering people the chance to work for Google as a Pokémon Master. Funny stuff. It’s Nintendo who are lol-ing now. After an indifferent Beta test in 2015 and buggy July release, everything has come together nicely over the past couple of weeks pushing Nintendo’s shares up by $7.2 billion and making a staggering $1.6 million in revenue every single day! 3% of all Americans opened the App last Friday and all of this has happened with little or no marketing spend. 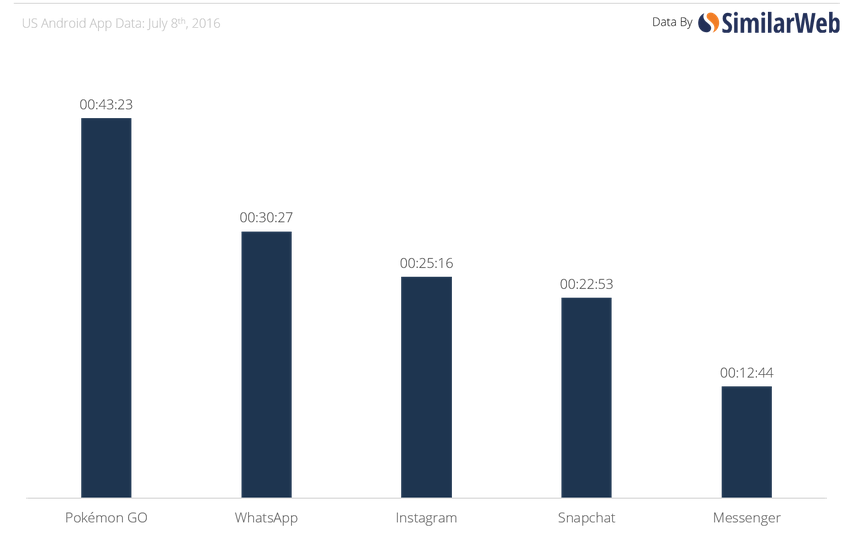 So why is it so successful? On paper it has nothing going for it…right? It isn’t tightly targeted at an existing fan base of Pikachu and Snorlax lovers, neither is the fan base nostalgic 90s kids who play it for the fond memories it brings back of their Tamagotchi and Pogs. It doesn’t have cutting edge technology or super smooth graphics. It isn’t convenient to play from your desk or most importantly, on the toilet.

“Not a great game, but a great experience” The Guardian 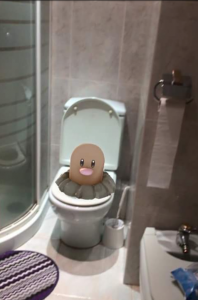 “Let’s do something with augmented reality” – said every client, ever. Often AR is an ill thought-through suggestion from client or agency trying to come up with something new, engaging or fun. AR can be powerful but often it isn’t applied in the right place or at the right time. Consumers in the real world don’t have time, or don’t see the benefit in downloading Blippar to see their can of fizzy drink come to life. Is AR an absolute fundamental to Pokémon Go’s success? No. The game would work without it. Has it made Pokémon Go a sensation? Yes. AR enhances (is not reliant on) the experience of the game, and helps merge the real and digital world. Importantly however it makes collecting Pidgeotto outside your local Aldi a shareable event. This shareability of a little cartoon character on your desk/middle of the road/edge of a cliff/down the local pub has contributed to making Pokémon Go more a higher searched term than porn in the last week. Pokémon Go is so big my parents have heard about it. That’s big. 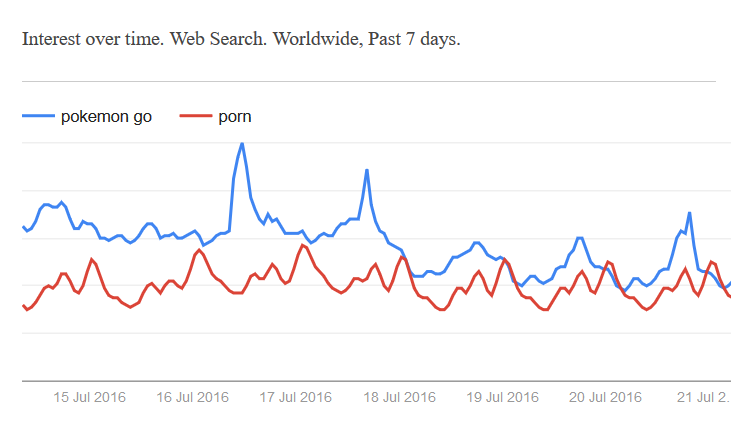 Nintendo are taking the glory and riding the crest of the financial wave. Google however are the silent partner, and they are very much winning too.

Load the App, Screen 1, you are encouraged to sign-in with your Google Account (did someone say Facebook Connect?). Log in and you see Google Maps littered with Pokestops and Gyms (businesses/places of interest). Using Google Maps to create a satnav style world – easy. Placing Pokémon at locations marked on Google Maps – brilliant. This seemingly simple partnership overcame one of the biggest potential issues of having a Global game littered with real-world locations – Google maps ensured that Pokémon aren’t randomly placed in lakes, roads or the middle of the sea. This also opens a whole new world of business exploitation (read marketing). It’s never been more important to list your business on Google Maps than it has been today. The amount of behavioural data Google is gathering along the way will be staggering.

Last but not least, the App developers Niantic were, until 2015, a business owned by Google under their Alphabet umbrella. Do Google get any kick-backs from this now multi-million-pound company they have invested heavily in? No one knows, but many guess, yes.

Pokémon follows (and now leads) in the classic App model – free to download and then pay in-App for virtual power-ups. But Pokémon Go has broken the mould by merging real world locations with desperate gamers who are easily parted with their cash – all for a chance to catch a rare Mewtwo. Opportunistic small businesses are already charging to enter premises where Pokémon happen to be located, others are offering discounts on goods, enticing the Pokémon fraternity through the doors. This doesn’t help line Nintendo’s pockets however…

Welcome to the Lure Module, which when purchased, can be used to bring new or rare Pokémon to a specific Pokéstop for 30 minutes. These lures can be purchased and utilised by businesses to help drive crowds of enthusiastic gamers to their location for 30 minute spells at the cost of £1. Welcome to foot-fall on-tap. A simple way to bring more people to your business – easy, cheap, effective & controllable. Smart businesses will employ marketing/loyalty strategies to help monetise this footfall.

This is just the beginning – whether via future iterations of Pokémon Go or the next big app to follow in its wake, we’re going to see better targeted and more complex ‘lures’. This could be more control on the ability to feature a rare Pokémon or unique content, pharmacies stocking cures for characters, supermarkets stocking food, schools making game characters smarter…the list is endless.

There have always been challenges when trying to geo-communicate with consumers. Geo-fencing is often inaccurate and poorly targeted and Beacon, AR and Loyalty schemes require pre-installed Apps – a third party gamification app could be the solution. If done correctly, millions will download the game, it’s fun and free for the consumer and cheap, quick, flexible and targeted for businesses. Everyone wins – and you can bet Google will be there, winning quietly too.