KHWS Blog: Tap into the past with emotion-led marketing
Marketing

As 2017 draws to an end we look back on some of the biggest hits from this year from the remaking of Disney’s ‘Beauty and the Beast’ to the return of Nokia’s famous 3310 phone, and consider how nostalgia has made a comeback, and the powerful draw of emotion-led marketing.

Throughout 2016 and 2017 we have seen a throwback to retro trends in fashion, leisure and entertainment alike; Pokémon, Stranger Things (1 and 2), Adidas Gazelle, the return of velvet, berets and chokers – the list seems endless. Why? Because those rose tinted glasses have some power in them. Reliving positive memories, reminiscing and pulling out beloved icons from the past simply feels good (Forbes, 2016).

As we get older, it’s natural to develop emotional connections for our younger days. The hobbies we liked, the games we played, the books we read, the music we listened to, the movies we saw, the food we ate – things that we positively associate with can invoke feelings of youthfulness and in turn lead to a more positive attitude.

Appealing to emotions are a long proven marketing strategy. Tapping into the bucket of memories can be a valuable tactic, if executed correctly. This especially applies to millennials, a generation perceived as open-minded, confident, naïve, anxious and even lazy (New Yorker Magazine, 2017). They are the generation standing on the very edge of technology and social shift and the first mass consumption group of nostalgia products. (The Debrief, 2016)

Brands can feel under pressure to reinvent themselves constantly in order to adapt to current times and different consumers’ tastes. Yet it is important that this evolution captures the existing and future audience. Nostalgia can attract all sorts of consumers. However, if it is not well executed, or if communicated without a strong narrative, it may not live up to our expectations. The key to nostalgia marketing is to create a past-related emotional hook that brings something new to the table. At the end, nostalgia is a state of digging into the past to strengthen the present mind.

Here are some comeback products and brands that trigger our childhood memories and create a whole new experience that we can enjoy nowadays.

This brand originated in Japan in the early 90s as a video game, Pokémon ended up branching out to card games, TV shows, toys and comic books. Their wildly popular latest product, Pokémon Go, with over 750 million downloads (Wired, 2017) became hugely popular in the summer of 2016. A game that combines original features with trending VR technologies.

Nokia has decided to bring back their iconic phone with a slight makeover. It might not be a smartphone, nor the same old phone we all had, but Nokia 3310 appeals to our nostalgia, with its long lasting battery life time or with the game Snake. 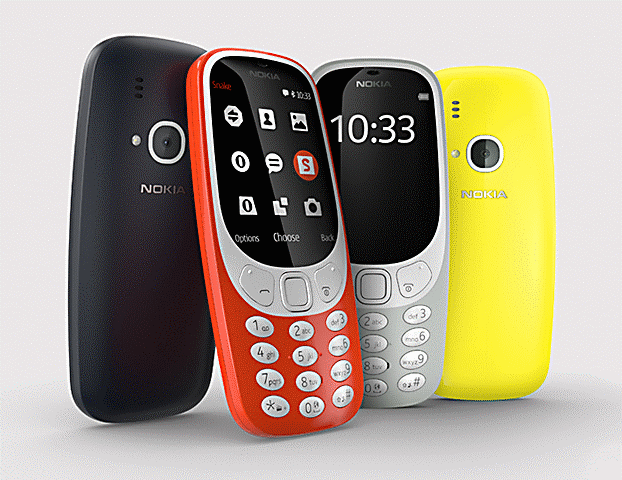 Stranger Things is an American science fiction-horror series streamed by Netflix. Stranger Things takes us back through numerous nostalgic scenes that resembles the 80s. The TV show perfectly mines the 80s nostalgia by capturing the emotions and experiences of a group of kids that are going through a supernatural journey. This makes us feel like, we ourselves are going through the adventure: the times when we used to cycle around our neighbourhood, the times when there was no internet or when we first met our childhood crush. Stranger Things attracts to new generations as well as to those who are taking a trip down the memory lane. 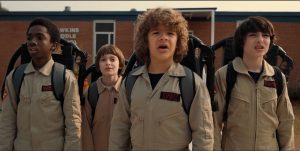 The iconic Gazelle trainers were first launched in the 1960s. The campaign starring Kate Moss might look familiar as she also starred in the initial 90s campaign. Even though the brand chose the exact same photo as the face of the campaign for its relaunch in 2016, Adidas has adapted to current marketing trends by working closely with an Instagram artist to create digital collages.

The Beauty and the Beast is another good example of a recent movie which targets millennials and their parents who grew up watching Disney films, wanting to relive their childhood memories and sharing them to their kids. “The idea behind this strategy is so called a generational pull” James Pitaro said (Bloomberg, 2017)

Alongside the movie launch, plenty of merchandise and fashion items for both kids and adults have been created to target vast groups of audience. 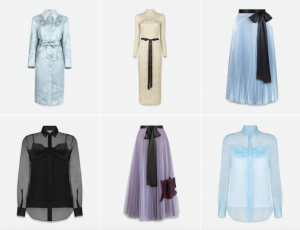 To wrap up, nostalgia marketing is about those things that once made us feel happy. So will 2018 bring more nostalgia? Time will tell!