With cases of online abuse on the rise, are social media platforms finding it hard to distinguish between freedom of speech and targeted harassment?

Instagram and Twitter are some of the most popular social media platforms, with Twitter boasting over 300 million users and Instagram over 500 million. Although Facebook leads the way with 1.6 billion, Instagram’s highly visual content (allowing only photos and captions), meant it quickly rose to prominence with celebrities, companies and average Joes alike.

However, with such success, Instagram has found a common social media problem: Trolls. 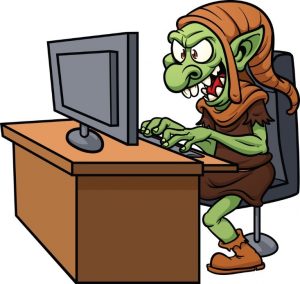 Trolls are basically online bullies that visit a platform like Instagram with the sole intention of writing nasty, repetitive comments on an individual’s personal page. Recently, after being victim to a gunpoint robbery – tonnes of Instagram users flocked to Kim Kardashian’s profile and left her unwarranted comments featuring the “Gun” emoji. But in the days following, many of these comments magically disappeared. This prompted users to question if Instagram had launched a new type of troll blocker – they were right.

In a tool that’s been released to all users, ’Troll feature’ can easily block certain words or phrases from the comments section of a page. Users can choose the words to block themselves and also have the ability to turn on the ‘hide inappropriate comments’ feature, which removes the unwanted phrase and flags the user that posted it.

Although this new feature is aimed for the Kimmy Ks of this world, it can enable businesses to maintain a professional presence on their accounts.

Winning the fight against bullies isn’t easy but something we should never give up on.