I worry… I worry a lot… and at the moment I worry about my two children, and the time they spend online.

There doesn’t appear to be a single waking hour when they’re not in front of a computer screen or a mobile device… or both! My daughter watches fresh-faced entertainers Dan & Phil, unknown outside their YouTube channel, but adored by millions. She watches compilations of cute cats being… err… cute; gothic horror stories narrated by white-skinned goths; adventures in the pixelated world of Minecraft, overdubbed with comedy narratives, and much, much, more. Meanwhile, my son and his classmates/band of brothers roam around a virtual battlefield, fighting and dispatching anything that moves. And all conducted against a background chatter courtesy of Snapchat, FaceTime, Skype, and the occasional text.

I’m less concerned about what they watch as they already understand what’s appropriate and where the boundaries lie – crucial lessons learnt early, at home and in school. But I do worry about the time spent and what it excludes.

The virtual worlds they inhabit limit opportunity and reason to leave the house. They have no incentive to go for a walk, apart from journeys made travelling to school and between Wi-Fi access points. A world where phones can be dangerous distractions and a frequent cause of argument as I nag them of the dangers of distracted walking.

No reason to ride the bikes bought last Christmas, now standing forgotten in the shed with flat tyres and cobweb-covered frames. No time to help with the myriad of chores that keep a household ticking-over, or to muck-in with cleaning the guinea-pig hutch… the same guinea-pigs they so desperately wanted to own and love some three years prior.

And now the BBC have compounded my worries with a report that claims young people spend more time online than watching television programmes.

(The same report that forces me to review the time I spend in front of a screen – time spent passively watching hours of cycle racing on EuroSport or working at a computer…. or both! And I realise I am not the good example I want to be for my children, and the behaviour I resent is an extension of my own.)

But then, something happens. Usually driven by hunger, but sometimes without obvious cause, the invisible force that has ensnared my children loosens its hold and they return to the real world. They sit and chat over dinner. My daughter tells jokes that are funny… and she knows it. She casually mentions full marks for her maths homework. My son shares his interest and insight of favourite science subjects and their real-world application, and follows with maths and algebra! And they both listen to the radio and comment on the day’s news, and offer solutions to the world’s problems.

And then I realise… I may worry too much. My children are archetypical Generation Z, perfectly able to operate in two worlds, both real and virtual. The time they spend online is not passive and meaningless, and in this digital playground they are learning the skills essential to exist in the brave new adult world. Time spent with friends, laughing at internet nonsense is a modern take on the playground chit-chat I remember, when the previous night’s television would be reviewed and endlessly re-enacted, with the shared experience cementing friendships. The loyalty and camaraderie shown in the heat of a virtual battle will strengthen the bonds between my son and his friends, and will be perpetuated long into adult life.

All too soon, they leave. Not always straight back to the digital world. My son steps into the garden to search for ‘king Coco, the family cat, finds him, and returns with a smile on his face and scratches on his arms. My daughter disappears upstairs and in the privacy of her room, she sings… and she sings with the voice of an angel. My heart melts and I know I worry too much.

And now we have done a deal. My children agree to spend more time with me in the analogue world and I, in turn, will spend less time in front of the TV or my computer… or both! We will all benefit. Maybe we’ll go for a bike ride, or they might help-out with preparations for dinner, or washing the dishes afterward? Perhaps they’ll take the initiative and clean the guinea-pig hutch although we (me and the ‘pigs) aren’t expecting that kind of miracle anytime soon!

I am, however, more hopeful and I worry less. 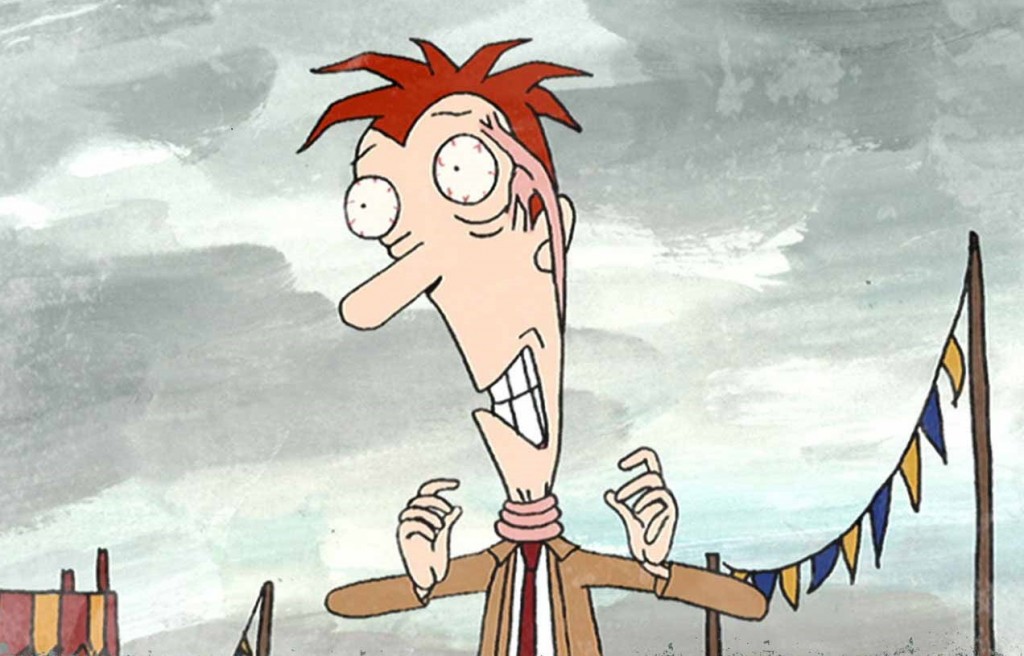